How Long Do Staples Stay in Place?

In many cases, the staples used to close an incision after a surgical procedure remains in the patient for up to 21 days. It depends on where they are placed and how large the incision was also the direction it was made to determine exactly how long they remain in place. Another factor in determining how long the staple will remain is what type of surgery was done, and how complex the incision was or the severity of the wound. Other considerations to make would be how well the area is healing, where the staples have been used.

When staples are used in a C-section, they close a low transverse incision made horizontally across the body. These staples are generally able to be removed after three to four days. If staples are used to close a vertical incision, they are typically not removed for seven to ten days.

A doctor will examine the area and look for several indicators the staples are ready to be removed:

Can Patients Remove Their Own Staples?

Patients should never remove surgical staples. A licensed medical professional has to remove these devices to ensure they are taken out safely and do not cause medical complications.

Some complications can occur when removing staples from a patient. The length of time the staples have been in place plays a significant role in how easily they will come out. Wound dehiscence is another:

Multiple factors can place certain patients at a higher risk for wound dehiscence:

When wound dehiscence occurs, the medical professional will stop removing the staples and notify the doctor. The doctor will have to examine the area and determine the cause of the condition to determine the medical attention needed to correct.

Why Are Surgical Staples Used?

A surgical staple is used when an incision or wound is too large or complex to close with a traditional stitch. Surgical staples can decrease the time to complete surgery and cause less pain.

Surgical staples are often stronger, quicker, and simpler to use when a wound or incision is large, and are often used after major surgery. Doctors use the skin stapler to quickly close long skin wounds or cuts that are in hard to reach areas. Some staples dissolve in your body, and others are external and have to be removed by medical professionals.

The benefits of using staples are to allow your doctor to close a wound with minimal damage quickly. The surgical staple is also easier to take out than stitches. The absorbable staples present a lower risk of infection, and wounds heal better and leave fewer issues with scarring.

The surgical stapler and staples are used in a wide range of surgical applications such as gastrointestinal, thoracic, and gynecologic surgeries. During these procedures, part of an organ is removed, and others are cut through including tissues. This procedure is done to create connections between structures. The surgical stapler and staples facilitate these surgeries and help to shorten the time needed to complete the process than it would take if suturing were performed.

The FDA has issued communications previously about the risks associated with surgical staples and staplers and continues to assess MDRs (medical device reports) filed. Their analysis showed that from January 2011 through March 2018, there were more than 40,000 medical device reports received on the surgical staples and staplers being used internally. These reports included more than 350 deaths and more than 9,000 serious injuries. These reports also indicated that there had been more than 32,000 malfunctions with these devices.

When surgical staples or staplers malfunction or are misused, it can result in longer surgical times or additional surgical interventions. These issues can lead to complications such as sepsis, bleeding, risk of cancer recurrence, tearing of the internal organs or tissues, and even death.

The FDA's reminder in their March communication was to advise healthcare providers to review their labeling instructions for using surgical staplers and staples. Providers were reminded to study how to choose the appropriate staple size to match the patient’s tissue type and thickness before taking these devices into surgery. The letter also contained suggestions to providers on using alternative options for the surgical staples if the patient’s tissue were prone to bleeding, swollen or necrotic. The letter contained information on how to handle device malfunctions and to recognize what they were as well.

A study conducted on using metal surgical staples to close wounds after orthopedic surgery (surgery involving the joints) showed there is a greater risk of infection using these staples over the traditional nylon sutures.

Surgeons have been advised they should reconsider their technique of using surgical staples to close wounds from knee and hip surgeries until more research can be conducted to confirm these findings.

A wound complication is the primary source of illness following hip and knee surgeries, and are more likely to extend a patient’s stay in the hospital. These complications can also lead to readmission into the hospital to address the illness. There was also a link established between the deep infection and superficial wound infection when using surgical staples.

Orthopedic surgeons typically use both nylon sutures and metallic surgical staples to close a wound. It is regarded as a quicker procedure to use the staples and much easier than using sutures. The surgical staples; however, are more likely to cause an infection in the wound area and are also more expensive.

The optimal method to reclose skin remains unclear. It has shown in hip surgeries; there is a four times greater risk of developing an infection with the use of surgical staples than the suture closure. There was not; however, any significant difference between surgical staples and sutures in the development of discharge, dehiscence, inflammation, allergic reaction, or necrosis.

In May of 2019, the FDA issued a Class 1 recall for Ethicon Endo-Surgery Curved Intraluminal Stapler as it has a high rate of failures and complications during surgeries. These staplers are commonly used in:

A Class 1 recall by the FDA is for a situation where reasonable probability exists that the exposure or use of a product can cause death or adverse severe health conditions. They have recalled more than 92,000 staplers, and the reports of serious illnesses are mounting.

The staplers were reportedly misfiring staples during surgery and causing severe damage instead of repairing the organs they were intended to close. The device was also producing malformed staples that were responsible for serious injuries to patients.

Injuries sustained by patients from the malformed surgical staples include:

The manufacturers have attempted to lay blame for the malfunction on the surgeons. They have claimed the surgeons are negligent for the misfiring of the stapler. Victims of the malfunctioning surgical staples are looking to receive compensatory damages to cover their costs and losses. Some of the damages being sought are for:

It is quite possible that your surgeon was not aware whether or not staples became malformed. Surgeons who reported the misfiring issues were able to identify malfunction due to the noise that occurred when the device did not work correctly.

Most times, a surgeon will see if the stapling procedure went wrong as there will be visible signs such as perforations or tears immediately. However, other times they will only know if something went wrong after you experience health complications. When they perform a post-surgery exam, only then will they be able to determine the staples could be the cause of your illness.

Medical device manufacturers are subject to strict guidelines under FDA rules. These rules are put into place, so manufacturers of medical devices conduct extensive research, testing, and clinical trials before they are allowed to be used in medical procedures. The results of this testing give doctors the ability to make informed decisions as to which brand of surgical staples are the best based on the safety data from the trials.

Ethicon and a Mass Tort

A mass tort involves a large number of people or patients often within the same geographic area who are typically smaller groups than found with a class action suit. In a mass tort, even though these represent a large group of individuals, everyone is treated as a separate individual. As an individual, each plaintiff proves specific facts, including how they were injured.

A mass tort can be used when each plaintiff within the group has slightly different circumstances, but they are all related to one or several defendants. The mass tort is used over a class action suit when it is established the factual situations between the different plaintiffs is varying and outweighs the common issues necessary for a class action. Three distinct characteristics set mass torts apart from other legal lawsuits:

A mass tort is typically filed when defective products or drugs injure patients or consumers on a large scale. A mass tort lawsuit generally is more complex than class-action lawsuits as they do not follow the standard pattern or legal procedure. These cases can be heard in either state or federal courts.

Mass torts are part of new and developing tort litigation. They stem from advances in modern technology. The mass tort addresses parties that are injured similarly by a single product, such as Ethicon Endo-Surgery Curved Intraluminal Stapler. The mass tort intends to allow all injured patients who have injuries that have occurred similarly to have their collective claims tried concurrently. This form of litigation benefits all as it is more efficient and economical.

Find a Mass Tort Against Ethicon Surgical Stapler Near Me?

There are extensive and life-altering damages and injuries being sustained by the Ethicon surgical stapler. If you are a victim of this device call Consumer Alert Now at 800-511-0747 today and learn about the compensation that you deserve. Thousands like you are suffering from the malfunction of this medical device, and like you, they need to seek restitution against this manufacturer.  We understand the difficulty this device has caused in your life and want to ensure you receive as much justice as possible. 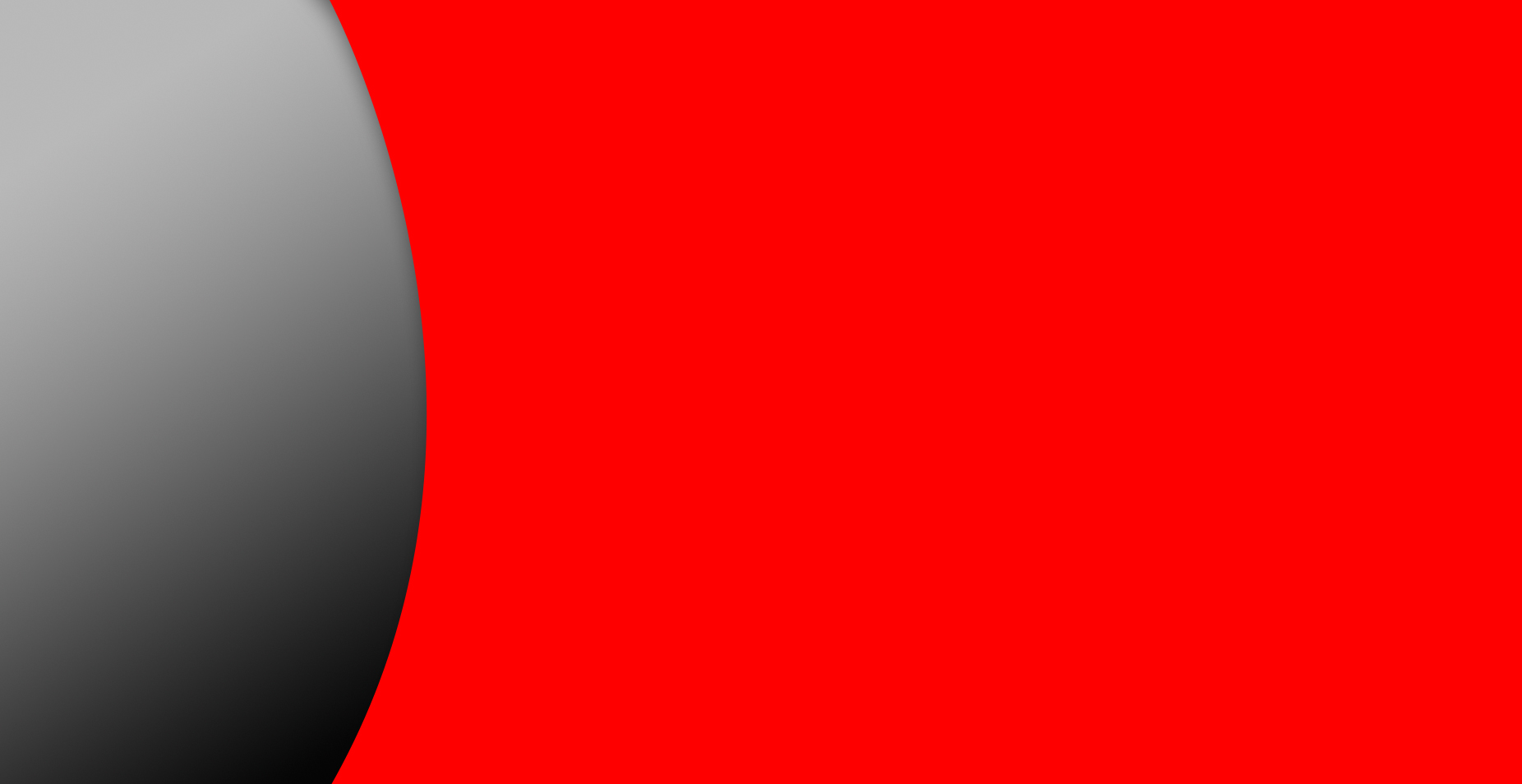 The FDA has issued a warning on the use of Surgical Staples used by surgeons that resulted in injury and death. Misuse and Malfunctions has led to open wounds, internal bleeding, cancer reoccurence and other complications. Contact us immediately if you have been injured by Surgical Staples.
Contact Us Now For Help!
Consumer Alert Now is accepting Surgical Staples induced injury cases in all 50 states. Please use the form so you can be advised of your legal rights regarding this matter.