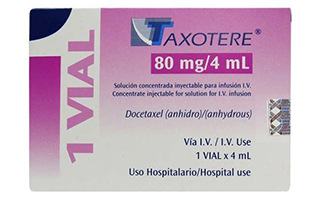 If you have experienced permanent hair loss after taking Taxotere, a chemotherapy medication, you are entitled to bring a claim against the Sanofi-Aventis. Attorneys representing victims claim that the manufacturer was aware of the alopecia and other side effects of Taxotere but didn't warn consumers. Consequently, the plaintiffs could not make informed decisions about whether the benefits of the treatment outweighed the risk.

Most medications come with their share of side effects and benefits. While they might serve to alleviate a medical problem, manufacturers of these drugs are expected to disclose all the side effects that they are aware of and warn physicians of these side effects. When they neglect this responsibility, those who suffer damages from taking the medication can sue the manufacturer for compensation. Tepezza is one of the drugs recently approved for treating the rare disorder thyroid eye disease (TED). While it has been effective at reducing symptoms of TED, it has also resulted in hearing loss and other related problems that doctors and patients were unaware of. If you or a loved one suffered damages from taking Tepezza, consult with Consumer Alert Now to establish whether you have a case to file a Tepezza lawsuit.

Thyroid eye disease (TED), also known as Graves' eye disease or Graves' ophthalmopathy, is a rare autoimmune condition that causes excessive growth in the fatty and muscle tissue behind the eye. The exact cause of TED is not yet established, but the growth factor IGF-1R is thought to play a major role in the overgrowth of fatty, muscle, and connective tissues of the eye.

In addition to existing thyroid disorders, factors such as age, being female, a family history of TED, smoking, and low levels of selenium can increase the risks of developing thyroid eye disease.

Thyroid eye disease is a progressive disease with symptoms worsening with time for most patients. The disease begins with an active phase during which you may notice increased inflammation around the eyes. Your eyes may become swollen and pushed forward as tissue growth accumulates behind the eye.

Some of the symptoms you are likely to experience at this stage include:

The active stage of the disease usually lasts between six months to two years. As the severity of the condition increases, you will likely develop symptoms like vision loss, fibrosis, and corneal erosion.

Following the active stage of the disease, the inflammation of the eyes may reduce by itself, but leaving your eyes to swell and increase in size could result in more severe problems such as damage to the optic nerve (which could result in blindness).

During this stage, your doctor might also recommend additional measures to manage the conditions, such as:

Your doctor may recommend different surgeries to alleviate the symptoms as the condition progresses. Surgeries that are used in managing TED include:

Until 2020, there wasn't a specific treatment for active thyroid disease. Therefore, all patients had access to were medication and treatments to reduce inflammation and improve the patients’ quality of life. The approval of Tepezza made it the first medication for active TED.

The FDA approved teprotumumab-trbw (Tepezza) as the first treatment for thyroid eye disease, a rare disease that previously had fewer treatment options. Tepezza is a product of Horizon Therapeutics developed in collaboration with researchers from The Lundquist Institute.

During the clinical trials (2020), some of the side effects noted in the patients included:

This growth factor is responsible for hypertrophy or excessive growth of different tissues in the body, resulting in complications such as thyroid eye disease. This growth factor has also been implicated in breast, lung, and prostate cancers.

Tepezza comes in powder form. Each vial of the powdered drug contains 500 mg of active drug, which a doctor mixes with a liquid solution before administering it to the patient as an IV infusion. Patients get a dosage of Tepezza once every three weeks for eight doses. The recommended dosage is 10 mg/kg (2.2 pounds) for the first and 20 mg/kg for the second to eighth doses.

While the exact mechanism of Tepezza is not yet understood, it is believed to inhibit IGF-1R, thus reducing the abnormal tissue, muscle, and fat growth behind the eyes. Usually, patients report an improvement in their symptoms after six weeks of starting Tepezza.

Side Effects of Tepezza

In addition, some worrying symptoms may also arise during or after treatment with Tepezza. They include fast heartbeat, feeling hot, redness of the face, problems breathing, headache, muscle pain, and high blood pressure.

Tepezza has also worsened symptoms of existing diseases such as Crohn's, inflammatory bowel, and ulcerative colitis. Those with these conditions might notice an increase in loose stools, blood in stool, and stomach pain or cramps.

If you have diabetes, Tepezza may increase your blood sugar. Therefore, you must notify your doctor if you've been diagnosed or are on diabetes treatment.

Other contraindications for Tepezza include:

When first released into the market, Horizon Therapeutics failed to include the risk of developing temporary and permanent hearing problems in its drug safety information, despite clinical studies pointing to the possibility of these side effects.

Some of the hearing-related side effects of using Tepezza include:

As mentioned in the previous section, Horizon Therapeutics failed to warn physicians and patients of the risk of hearing problems resulting from Tepezza. One study by researchers from Stanford University evaluated the link between hearing loss and teprotumumab.

The researchers followed patients who received a minimum of four Tepezza infusions during the study. The researchers then evaluated the baseline hearing symptoms of the participants during and after the treatment with Tepezza.

Following this study, 46% of the participants reported hearing symptoms, the most common being autophony, muffled hearing, and hearing loss.

The study evaluated the side effects of Tepezza in 26 patients who got at least four infusions of Tepezza. Most of these problems began developing after an average of 3.6 infusions. Some patients' symptoms disappeared after several months, while others continued to experience these problems.

Tepezza lawsuits are a type of product liability suit against the manufacturer alleging that patients suffered certain damages (in this case, hearing-related issues) after using Tepezza.

The company does include information about hearing loss in its clinical trial but failed to warn physicians or patients about the potential of hearing loss.

Due to this failure to notify, those whose hearing loss does not improve after stopping treatment may be entitled to compensation for their injuries.

Do you have a Case?

Since each medication often comes with side effects ranging from mild to severe, manufacturers are expected to disclose these side effects in the drug warning information as soon as they are discovered.

According to lawsuits against Tepezza manufacturers, the manufacturer knew (based on clinical trial information) that Tepezza carried the risk of hearing loss. By failing to warn physicians and patients of the potential risks of hearing loss, patients could not make an informed decision when consenting to treatment with Tepezza.

Therefore, those who suffered chronic hearing problems have a legal claim against the manufacturer for failing to disclose this vital information about the risk of hearing loss from Tepezza.

If you are still in doubt about whether you have a case, work with a dangerous drugs attorney to help you evaluate your case.

Preparing for a Tepezza Lawsuit

A lawsuit, especially against a manufacturer, requires you to prepare yourself thoroughly beforehand. Some of the steps you can take in preparation include:

Lawsuits involving medications often have multiple litigants, which means the case can be dealt with as a class action suit or a mass tort. Courts deal with these lawsuits differently, meaning the laws applied also differ.

Therefore, it makes sense to work with a dangerous drug attorney who already understands the process of gathering evidence and handling such cases in court.

Tepezza is still a relatively new drug. It was allowed into the market sooner than most drugs are after demonstrating its effectiveness against thyroid eye disease, which had, until then, no known treatment.

Regardless of its status, the FDA encourages patients to report adverse symptoms to the FDA for further follow-up.

The FDA has a dedicated program, MedWatch, responsible for reporting serious reactions to drugs, medical devices, biological products, cosmetics, and dietary formulas, among others.

In this case, if you or a loved one developed hearing loss that has not resolved after ceasing treatment, you should fill in the reporting form.

It is not enough that you took Tepezza for thyroid eye disease. You must prove that you suffered irreversible damage from the drug. You must also prove that the manufacturer:

Some of the evidence you will need include:

Various independent studies have established a link between mild to severe hearing problems after using Tepezza, including clinical trials and post-marketing data from Horizon Therapeutics.

However, this does not mean that the defendant's attorney will not question the origin of your hearing problems in court. This is why you should document your medical history, including reporting any mild or severe side effects that you experience when you start using Tepezza.

As soon as you start noticing symptoms related to hearing loss, you should contact your healthcare provider. Some cases of hearing loss with Tepezza have been recorded to resolve themselves without additional intervention.

However, if your symptoms do not resolve, it is a good idea to have the treatment and progress of your hearing deterioration recorded for easier proof. Your doctor can also decide to stop your medication if the symptoms are severe.

Note: do not discontinue your medication without consulting your doctor.

Damages from a Tepezza Lawsuit

Horizon Therapeutics, the manufacturers of Tepezza, failed to provide sufficient warning of the risk of developing mild hearing problems to permanent hearing loss. Without this information, doctors and patients could not have made an informed decision on whether to take Tepezza for their thyroid eye disease or not.

Suppose you or a loved one experienced a hearing-related problem that did not resolve after stopping Tepezza. In that case, you should file a lawsuit to be compensated for the damages you suffered. Some of the damages recoverable from a Tepezza lawsuit include:

Economic damages refer to the monetary losses you suffer directly from using Tepezza. These might include:

You must accompany your request to recover economic damages with proof that your injuries accrued these economic losses. Some of the evidence includes your pay stubs, your medical reports, and related billing information showing how much you spent directly from the hearing impairment resulting from Tepezza.

Non-economic are those that compensate you for the non-tangible damages you suffer due to taking Tepezza. These damages cover:

Join a Tepezza Lawsuit Near Me

Many people suffer serious injuries and side effects from using dangerous drugs yearly. Tepezza is one of the drugs linked to temporary and lasting damage to your hearing after a few doses. If you or a loved one was injured from taking Tepezza, you might be entitled to compensation for the damages you suffered. Consumer Alert Now is dedicated to helping victims of dangerous drugs prepare and present their cases if a dangerous drug injures them. You can contact our attorneys at 800-511-0747 to discuss your case and the options you may have.

The chemotherapy drug Taxotere has been known to cause permanent hair loss. The manufacturer knew of the dangerous side effects but failed to warn consumers.
Contact Us Now For Help!
Consumer Alert Now is accepting Taxotere induced injury cases in all 50 states. Please use the form so you can be advised of your legal rights regarding this matter.